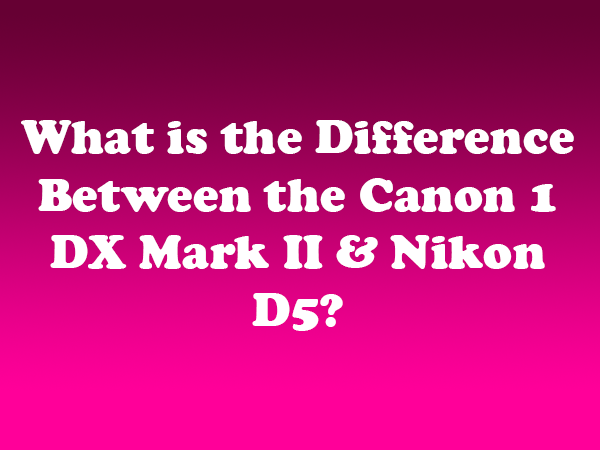 What is the Difference Between the Canon 1 DX Mark II & Nikon D5?

Camera & Lenses What is the Difference Between the Canon 1 DX Mark II & Nikon D5?
May 23, 2016 Donald Scarinci 0Comment

What is the difference between Cannon 1DX Mark2 and Nikon D5?

Nikon and Cannon both announced new full-frame flagship DSLRs this winter. Canon’s 1D X Mark II and the Nikon D5are both top of the line. However, there are a few key distinctions that are worth considering.

Below are some other differences to consider:

Both cameras each have a few unique features. For instance, the Cannon comes equipped with GPS technology, which allows users to geotag images. The Nikon has two memory card options — dual XQD slots or dual CF slots.

Since both cameras are not yet released, we can only compare specifications. It will be interesting to see how they stack up in the real world.