A Monkey’s Right to Bring a Copyright Lawsuit

The long legal battle over a monkey’s rights to a “selfie” is now over. A federal court of appeals ruled in April that the monkey lacks statutory standing to bring a copyright infringement lawsuit. 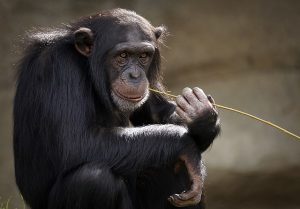 British photographer David Slater traveled to Indonesia to capture the crested black macaque. While he was shooting, one of the primates hijacked his camera and took over 100 selfies. Not surprisingly, one of the photos that Naruto took of herself went viral after Slater posted it online.

Wikimedia Foundation, which owns Wikipedia, posted the “selfie” in its online database of public domain images. Upon discovering the image, Slater demanded that the company remove it. He argued that the copyright should vest in him because he owns the camera that captured the image and expended significant resources to capture the shot. Wikipedia refused to take down the photo, maintaining that the selfie is in the public domain because “non-human authors” are not granted an automatic copyright of photographs that they take.

The selfie saga took another strange legal twist when the People for the Ethical Treatment of Animals (PETA) filed suit against Slater and his publisher. The animal rights group maintained that the macaque was the rightful copyright owner. The copyright infringement suit argued:

Naruto has the right to own and benefit from the copyright in the Monkey Selfies in the same manner and to the same extent as any other author. Had the Monkey Selfies been made by a human using Slater’s unattended camera, that human would be declared the photographs’ author and copyright owner.

In 2016, U.S. District Judge William Orrick held that the money could not hold a copyright. “Congress and the President can extend the protection of law to animals as well as humans, there is no indication that they did so in the Copyright Act.” PETA and Slater subsequently reached a settlement. It required Slater to donate 25 percent of any future revenue generated from using or selling the monkey selfie to charities that protect the crested macaques’ habitat in Indonesia. However, the court refused to dismiss the appeal, seeking to address the standing issue raised in the case and prevent similar lawsuits in the future.

In April, the Ninth Circuit Court of Appeals dismissed the case. “Our court’s precedent requires us to conclude that the monkey’s claim has standing under Article III of the United States Constitution. Nonetheless, we conclude that this monkey — and all animals, since they are not human — lacks statutory standing under the Copyright Act. We therefore affirm the judgment of the district court,” Judge Carlos Bea wrote.

PETA characterized the decision as a partial victory. “The court reaffirmed that nonhuman animals have the constitutional right to bring a case to federal court when they’ve been wronged, but the opinion still missed the point, which was that Naruto the macaque undeniably took the photos, and denying him the right to sue under the U.S. Copyright Act emphasizes what PETA has argued all along — that he is discriminated against simply because he’s a nonhuman animal,” PETA said in a statement.

Given the novelty of the issues in the case, it’s not surprising that the next stop for the monkey’s story is the big screen. The studio Conde Nast Entertainment has officially acquired the rights to Slater’s life story.