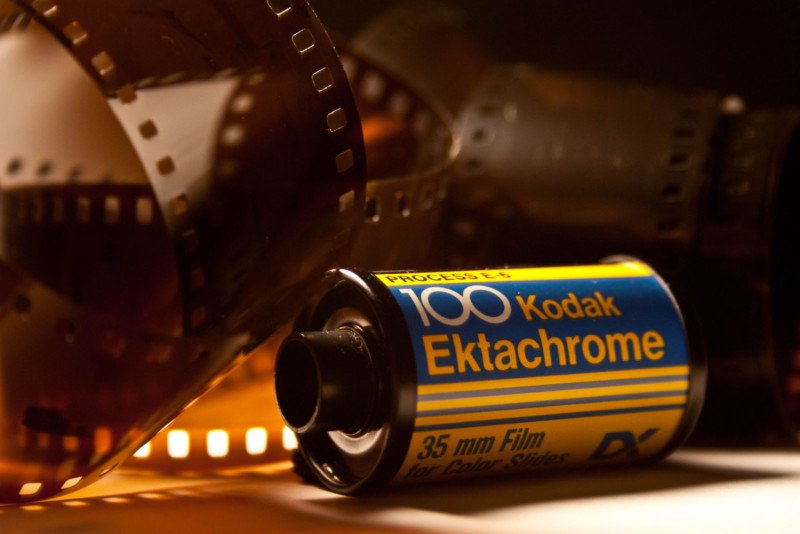 Kodak Ektachrome Film is Back

Kodak first introduced Ektachrome in 1946. It rose to popularity in large part due the extensive use of slide film by the National Geographic Magazine over several decades.

The film is unique because it creates a positive image that can be viewed or projected once it is exposed and processed. The film is popular with cinematographers and works well for high-resolution projection or presentations. As Kodak notes, it can also be scanned and printed onto a range of professional-grade photographic media. Kodak stopped making Ektachrome in 2012 and currently has no color positive film in its lineup.

Before falling victim to the rise of digital photography, Ektachrome was one of the most popular color slide films, known for its color accuracy, fine grain, and rich tones. With a renewed interest in “real” film among photographers and filmmakers, it makes sense for Kodak to bring back this classic film.

According to Kodak, sales of professional photographic films have been steadily rising over the last few years. The company attributes the resurgence to professionals and enthusiasts rediscovering the artistic control offered by manual processes and the creative satisfaction of a physical end product.

“Film is our heritage and we remain committed to meeting the evolving needs of today’s film shooters,” said Dennis Olbrich, President – Kodak Alaris Imaging Paper, Photo Chemicals and Film. “We’ve been listening to the needs and desires of photographers over the past several years and wanted to bring back a color reversal film. In assessing the opportunity, Ektachrome was the clear choice.”