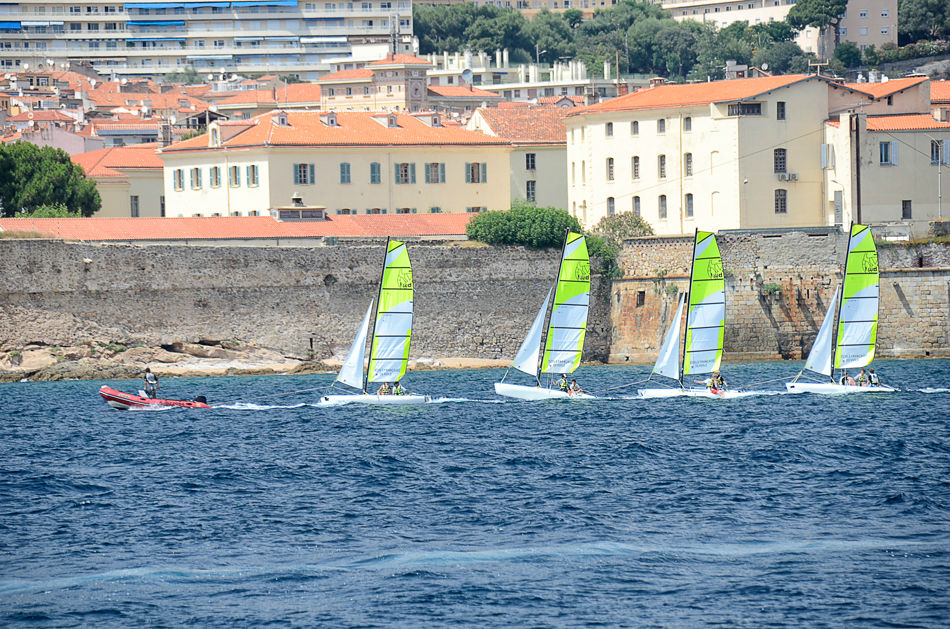 Photography on an ever-moving sailboat presents many challenges. After studying the pictures from my most recent sailing adventure in Corsica and Sardinia, there are several tips I can offer.

While I could count the number of times on land that I have used VR2, this feature was a godsend on the sailboat. VR2 adjusts for motion movement while VR adjusts only for camera shake.  Many of my best shots from the boat in sail would have been lost without VR2.

There isn’t always an opportunity to change lenses on a sailboat. It is never smart to change lenses in the cockpit when there is an ever-present danger of salt water spraying onto the sensor or the lens. So when sailing, a zoom lens is far more preferable to a prime lens. Having said this, it was a bit challenging to get good shots at the high end of the zoom range—200 mm to 300mm – but I knew that before the trip. I avoided going much beyond 150mm whenever I could, but it was nice to have the added zoom range, especially for those times on land where I could use my tripod.

Many of my panoramas and bracketed exposures for high dynamic range post-processed photos did not work. Taking these on a moving sailboat was really hit or miss, and I burned a lot of memory on my SD card shooting multiples of the same scenes. Even then, since the sailboat was constantly moving, multiple images didn’t always guarantee one picture of each exposure for HDR or the correctly fit portion of a panorama. Fortunately, some of the single shots from those sets were winners.

Another thing I learned from shooting on the sailboat is that the shutter speed needs to be higher than the camera automatically calculates when shooting in Aperture priority. So, unless you’re willing to push the ISO to 400 or higher and live with a bit of grain, you need to shoot in manual. Shooting in manual on a sailboat that is moving forward, up, down and sideways, with the sun and the angle constantly changing, has its own challenges of course, especially when you are standing up and using one hand to hold on to something.

Finally, on the subject of filters, I am not sure I did the right thing using the polarizing filter every day. Since I could not take the filter on and off safely or easily when sailing, I left it on the lens every day during mid-day. That meant that I took some shots with the polarizer when the angle of the sun was not 90 degrees on either side of me. This made the sky a bit too blue which doesn’t look right when there are no clouds.

Overall I was pleased with my photographs. By remembering what I have learned, I will take even better shots the next time.

444 thoughts on “Photography Tips for Your Sailing Vacation”