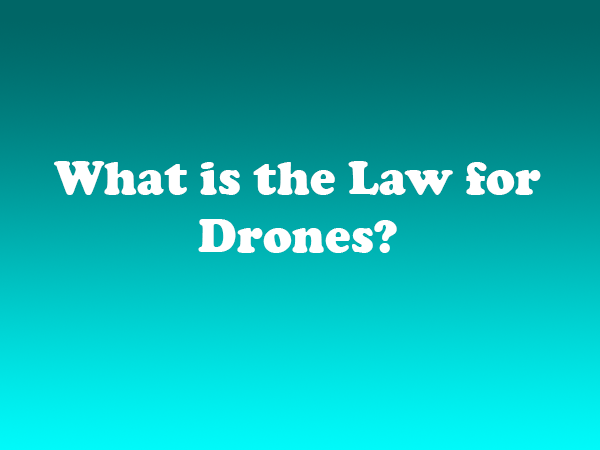 What is the Law for Drones?

Gear What is the Law for Drones?
January 11, 2016 Donald Scarinci 0Comment

Under the new rules, anyone who owns a small unmanned aircraft that weighs more than 0.55 lbs. (250 g) must register with the FAA’s Unmanned Aircraft System (UAS) registry before they fly outdoors. People who previously operated their UAS have until February 19, 2016 to register. While many have questioned the effectiveness of the new system, the good news is that registration only costs $5, covers any number of drones, and lasts for three years. For hobbyists, the process can also be completed online.

Under the law, failure to register a drone can result in serious consequences, including civil penalties up to $27,500 and criminal penalties of up to $250,000 and/or imprisonment for up to three years. However, it remains to be seen how stringently the FAA will exercise its enforcement authority.

The new FAA regulations reflect the new security and privacy challenges posed by drones, which are flying off store shelves. According to the Consumer Electronics Association, approximately 700,000 drones were sold in the United States in 2015, a 63 percent increase over 2014 figures. As the number of unmanned aircraft has increased, so have safety concerns. In response to incidents such as a drone landing on the White House lawn to interference with commercial aircraft, the federal government is working to to draft comprehensive drone regulations and update existing rules.

As with many other new technologies, the law has failed to keep pace. Under current rules, drones can only be used for recreational purposes, unless the operator obtains special authorization from the FAA. There are also a number of other restrictions for all operators, i.e. drones cannot fly above 400 feet, where they could interfere with commercial aircrafts, or near sensitive areas like airports and government buildings.

Under a Notice of Proposed Rulemaking published in February of 2015, the FAA proposed rules that would allow small UAS (under 55 pounds) to conduct non-recreational operations provided they comply with certain restrictions, such as operating during daylight and maintaining visual-line-of-sight. The new rules are expected to make it easier for businesses to capitalize on the use of drones without having to go through the FAA’s current exemption process. However, is likely to take a while for the FAA’s draft rules to be finalized, with many predicting new drone rules will not be finalized until 2017 or later.