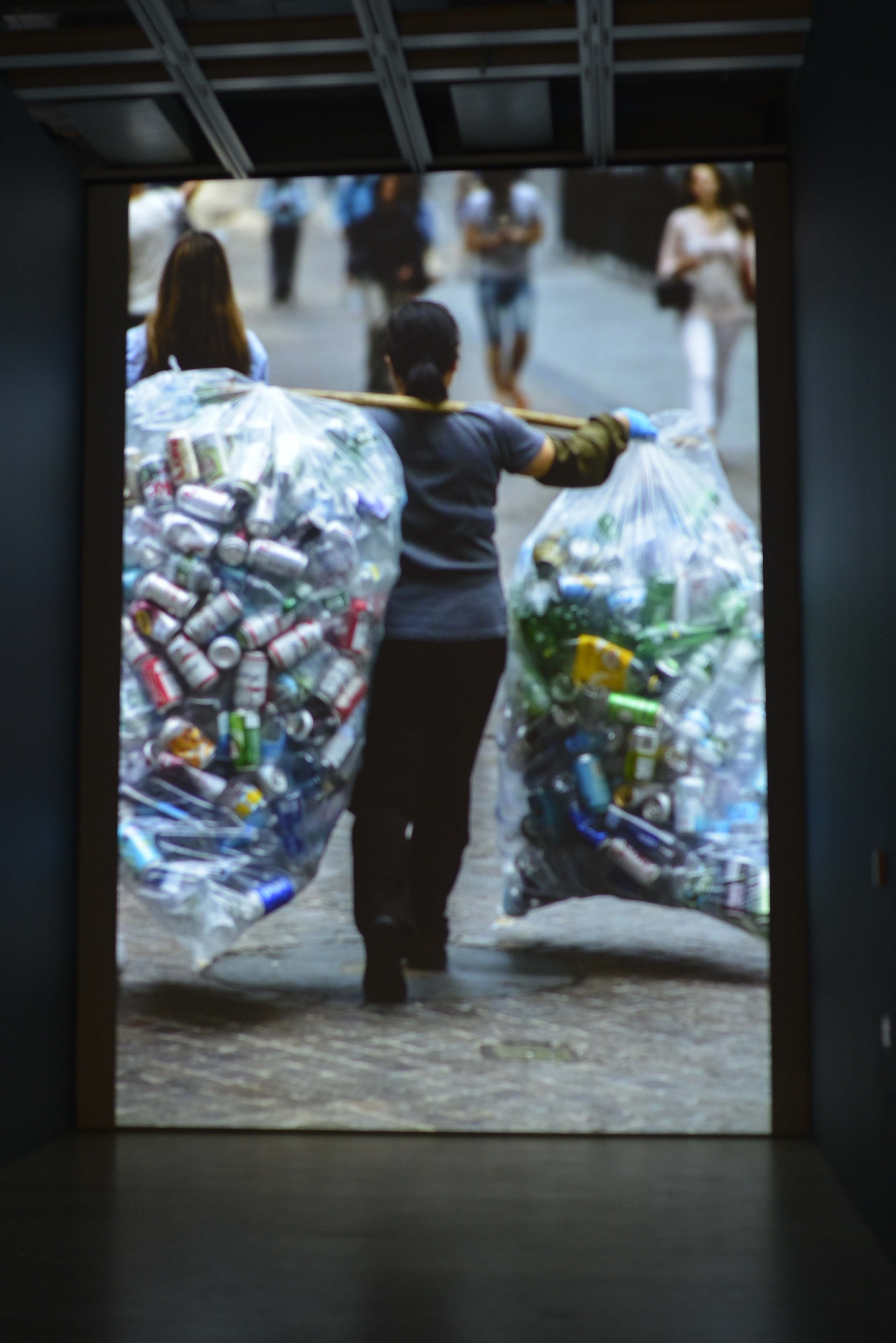 The Whitney Museum of American Art’s Biennial is open until June 11 and it includes a rich display of fine art photography.

The 2017 celebration of contemporary art uses the theme of the “formation of the self and the individual’s place in a turbulent society.” The curators collected a sampling of the work produced over the last two years by contemporary artists that provide a snapshot into the current state of American fine art.

Overall, the exhibits show a world in shock.  It is as if everyone was asleep to the pain and suffering of the general population of America over the last 8 to 16 years—probably since 9-11 but certainly since the financial crisis of 2008.  While Barak Obama promised “hope and change” and many people chose to just feel good and look the other way, the silent majority of Americans were hurting and they were angry.

Election day, 2016 saw the full expression of the anger of the American people when they elected a candidate for President whose core promises were based on blowing up the system and “Make America Work Again.”  Needless to say, Washington insiders and political consultants, academics, New York Times readers, and most well educated American’s were taken by surprise that a majority of their fellow Americans were so angry.

Taken as a whole, the art collected and exhibited by the curators for the Whitney Biennial 2017 shows how the events of the two years since the last biennial shaped and influenced their art.  Many of the exhibits reveal inciteful looks within the very mind of America.

The exhibited works include painting, sculpture, drawing, installation, film and video, photography, activism, performance, music, and video game design. Photographers showcased at the Biennial include John Divola, Oto Gillen, Lyle Ashton Harris and Deana Lawson. In keeping with the theme, Lawson’s photography focuses on the ways that sexuality, violence, family, and social status may be written, sometimes literally, on the body.

This is the first time the Whitney Biennial has coincided with a presidential election in more than 20 years. “Throughout our research and travel we’ve been moved by the impassioned discussions we had about recent tumult in society, politics, and the economic system. It’s been unavoidable as we met with artists, fellow curators, writers, and other cultural producers across the United States and beyond,” Lew said in a press statement.

Locks added: “Against this backdrop, many of the participating artists are asking probing questions about the self and the social, and where these intersect. How do we think and live through these lenses? How and where do they fall short?”

First organized by Gertrude Vanderbilt Whitney in 1932, the Whitney Biennial is the longest running survey of contemporary art in the nation. The 2017 exhibition is the first to be held in the Whitney’s new downtown location at 99 Gansevoort Street. According to the museum, it is the largest ever in terms of gallery space.